Despite unfavorable conditions including heat, humidity, and limited resources, average milk production per cow in Israel has increased dramatically since the 1950’s, soaring from 4,000 kg annually to more than 12, 000 kg of in 2018. Israel’s dairy industry consider as one of the most advanced in the world.  Now the total milk production in Israel is about 1.6 Billion Liters/year (3.53 pounds/year)

Today, the Israel dairy industry produces the highest milk yield per cow and acts as a model of achievement for dairy farmers worldwide. 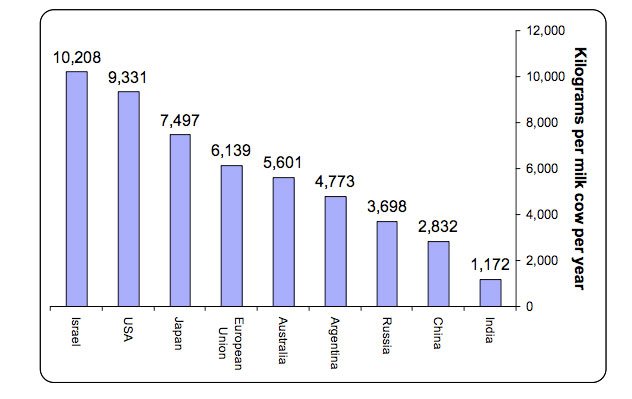 [Image Source: Israeli Central Bureau of Statistics Press Release: “Land of Milk and Honey” Selected Data on Milk and Honey in Israel on the Eve of Shavu’ot, 2011] 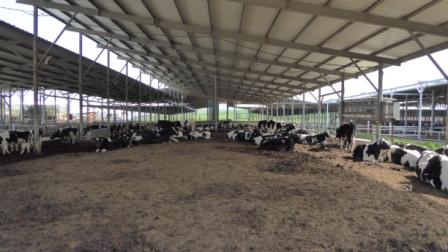 Approximately 100,000 cattle make up the Israeli dairy herd. Currently, there are two farming systems: The Kibbutz, which are large collective farm units, and the Moshav, which are family herds organized as a cooperative society.

All dairy production is overseen by the Israeli Dairy Board, which is owned and operated by the Government of Israel, the major processing companies, and the dairy farmers themselves. Under the IDB, dairy farmers are subject to monthly quotas to divide the annual volume of milk production.

Because of unfavorable conditions, Israeli dairy cows do not graze. Instead, herd diet is based on scientific, online feed analysis, and calculated feed rations for the highest nutritional value, production rates, and economic efficiency.

For more information about Israel Dairy School, press here to contact us

The Israeli Dairy School© is a trade make of Lotem Pharma LTD 2018, All Rights Reserved.