The Importance of Colostrum for Calf health

One of the most critical factors for calf health occurs in the first hours after birth: colostrum intake. Colostrum is the first milk a female mammal produces after birth. It is higher in nutrients, protein, and antibodies than regular milk. When a calf is born, it does not have any disease protection inherited from the mother; it must gain antibodies from the colostrum. Immediately after birth, the calf’s digestive tract is open to absorb antibodies directly into the bloodstream. Within 24 hours, the intestines stop being able to absorb these antibodies. That means time is of the essence. Ideally, within the first four hours of birth, a calf should drink about four quarts of colostrum.

The most accessible source of colostrum is the mother; most calves can get enough from suckling immediately after birth. If the dam or calf has health problems, however, you may need a substitute. For this reason, it is a good idea to have a stock of colostrum ready. You can milk a cow soon after calving and freeze excess colostrum. Otherwise, you can use a commercially produced colostrum replacement to ensure the calf receives the necessary nutrients and antibodies. Because you have such a small window of time after birth, it is crucial to make sure you always have some form of colostrum on hand.

When a calf does not absorb a sufficient quantity of antibodies, it’s called Failure of Passive Transfer (FPT). FPT is a significant factor in higher rates of sickness, death, and a lower growth rate. According to the University of Kentucky College of Agriculture, about one-third of calf deaths in the first three weeks of life result from FPT. A blood sample taken between 24 and 48 hours after birth can indicate whether the calf has high enough immunoglobulin levels. 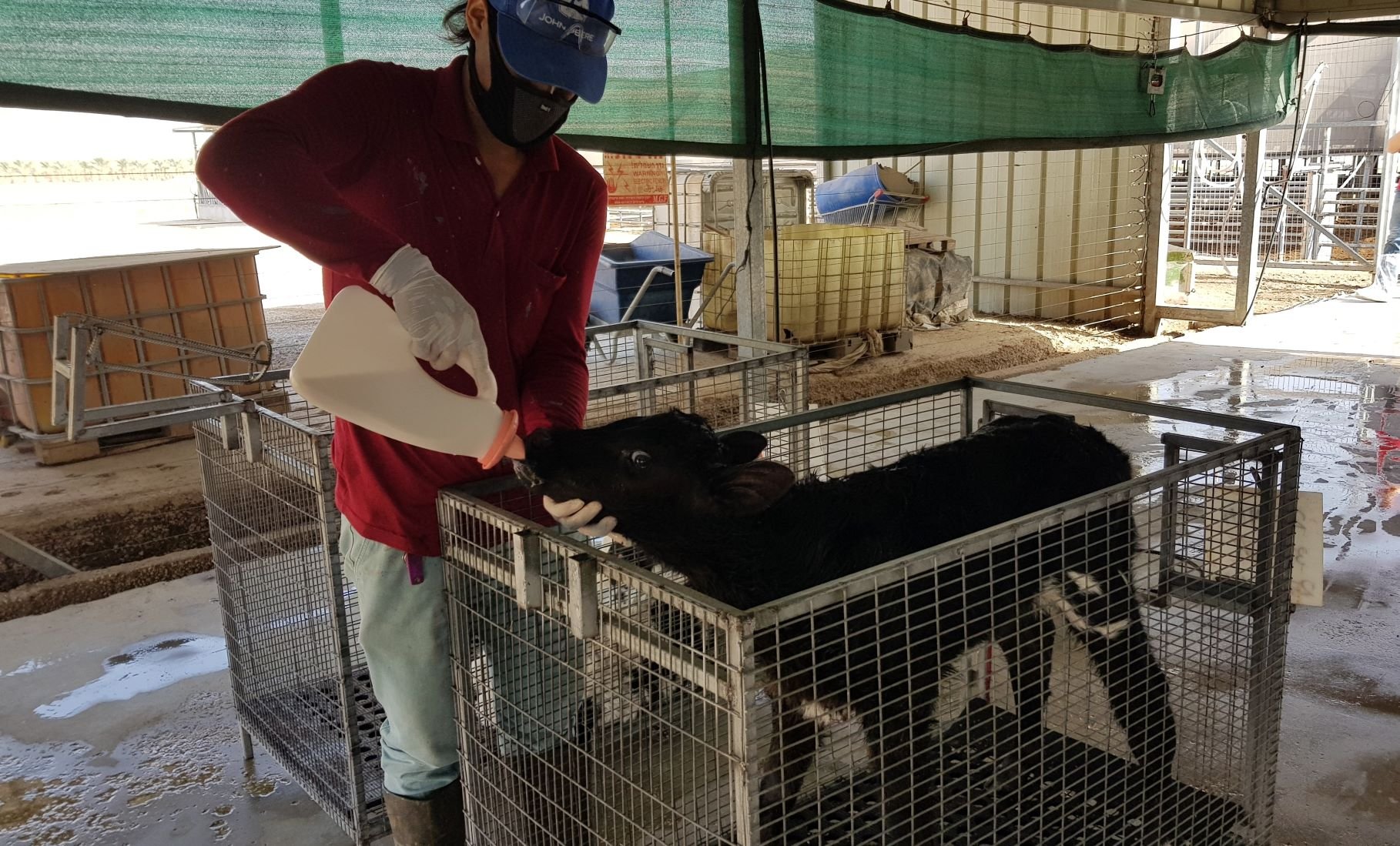 The first priority for your calves’ environment is to make sure that it is dry. Dampness means higher levels of ammonia and more flies, which can pose health risks. During cold months, straw is a great bedding choice that provides some insulation. If you are in a cold environment, you may need to heat the calf housing area to ensure the calves stay warm enough. Calves should be kept in housing between 10°C (50°F) and 20°C (68°F). When it’s warmer, sawdust works well without retaining as much body heat. With either material, make sure that you are changing the bedding regularly so that the calf isn’t living in damp conditions. Hutches should be cleaned out entirely and disinfected between calves to prevent disease transfer.

During warmer months, heat management is essential. If you are housing calves in individual hutches, you should create a gap between the ground and the back of the hutch to allow for airflow. You might also try using a layer of lightweight reflective material over the outside of the hutch to deflect sunlight. If your calves are housed together in a barn, make sure you have an effective ventilation system to keep air moving and help the calves regulate their body temperature.

Deciding When to Wean

In order for a calf to thrive after being weaned, it must have a fully developed rumen. If it hasn’t been eating enough starter grains before weaning, it may not be able to absorb enough nutrients and will fall behind in growth rates and overall health. For this reason, it is best to time weaning based on starter consumption rather than simply according to the calf’s age.

You can begin offering calves a starter grain during their first week. They will only eat a little at first; over time, you can increase the amount of starter you offer and gradually decrease their milk. Ensure that you’re providing fresh, dry grain that’s regularly replaced, as this will help entice the calves to eat. 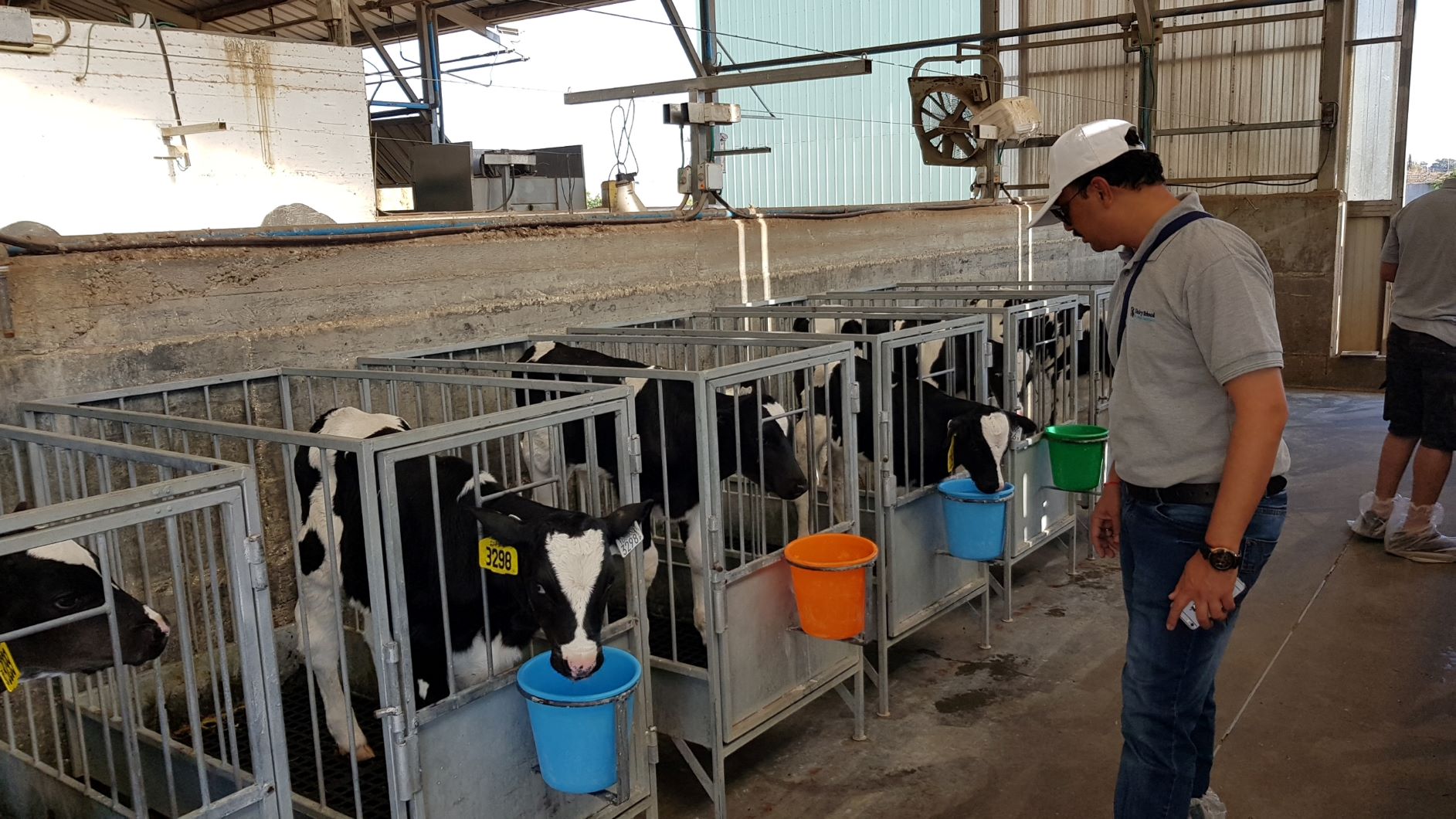 As you monitor starter intake, you should look for two key milestones: consuming a quarter of a kilogram /half a pound a day and consuming two pounds a day. A calf’s rumen is beginning to develop at the quarter of a kilogram/half pound mark. From that point, it takes three to four weeks for the rumen to develop fully. Once a cow eats two pounds a day for at least three days in a row, they are typically ready to wean. Before deciding to wean, you should make sure your calf is hitting both of these milestones: at least three weeks since their first day eating half a pound of starter and at least three days of eating two pounds of starter. If you follow these indicators, the calf should be able to absorb the proper amount of nutrients once weaned.

To learn about our next seminar >>press here 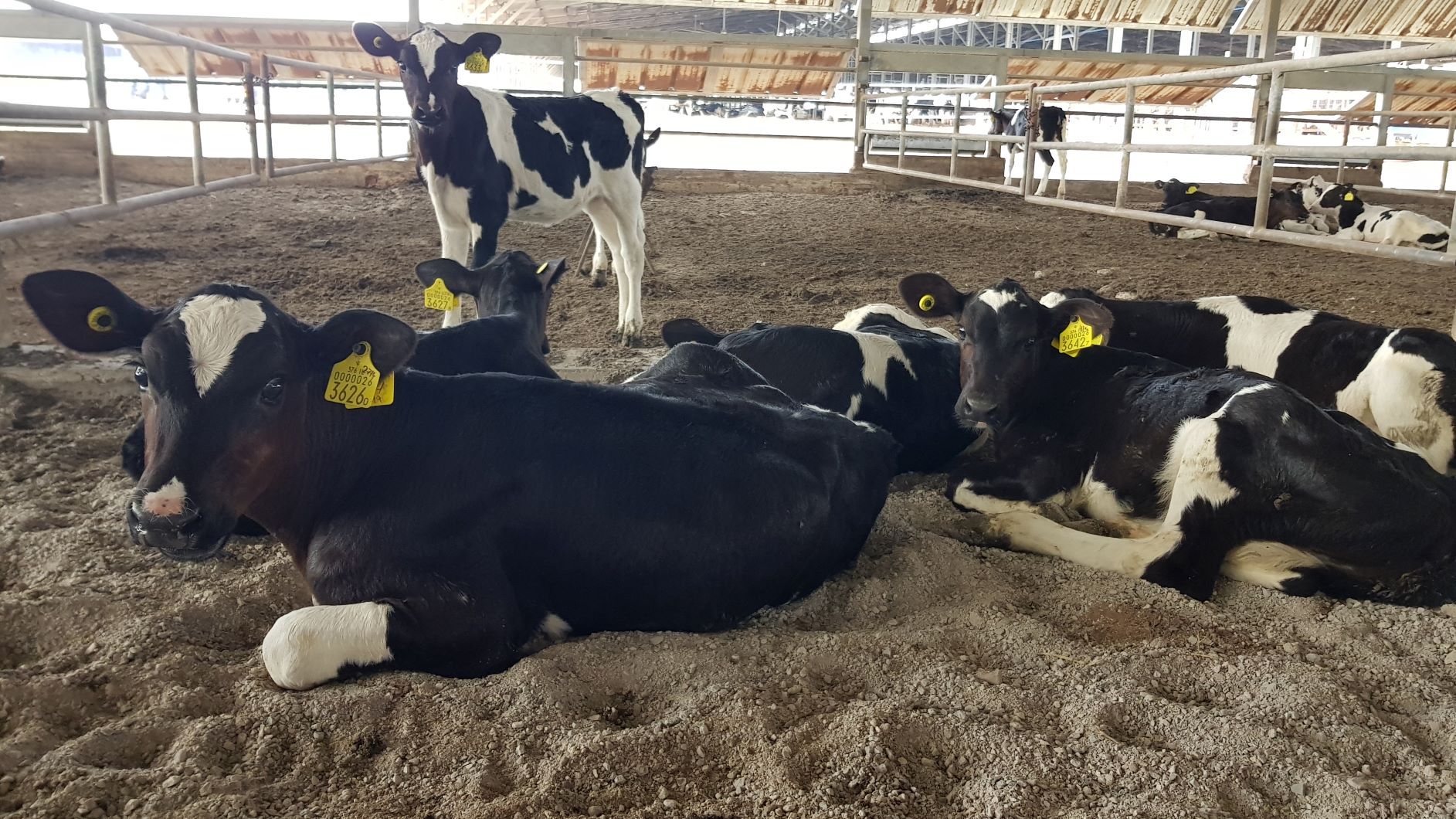 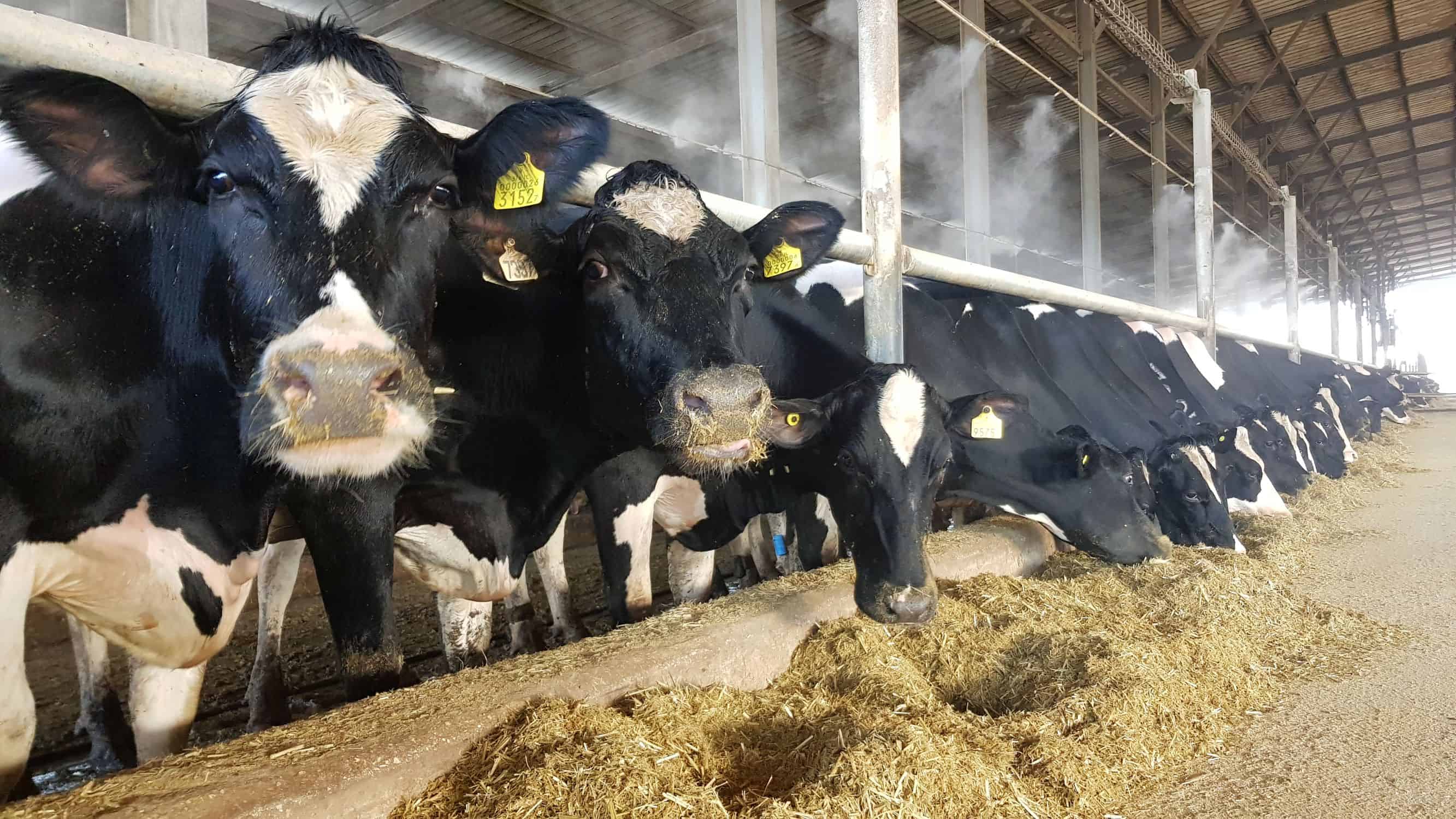 Prepare Your Dairy Farm for the Summer in Five Steps 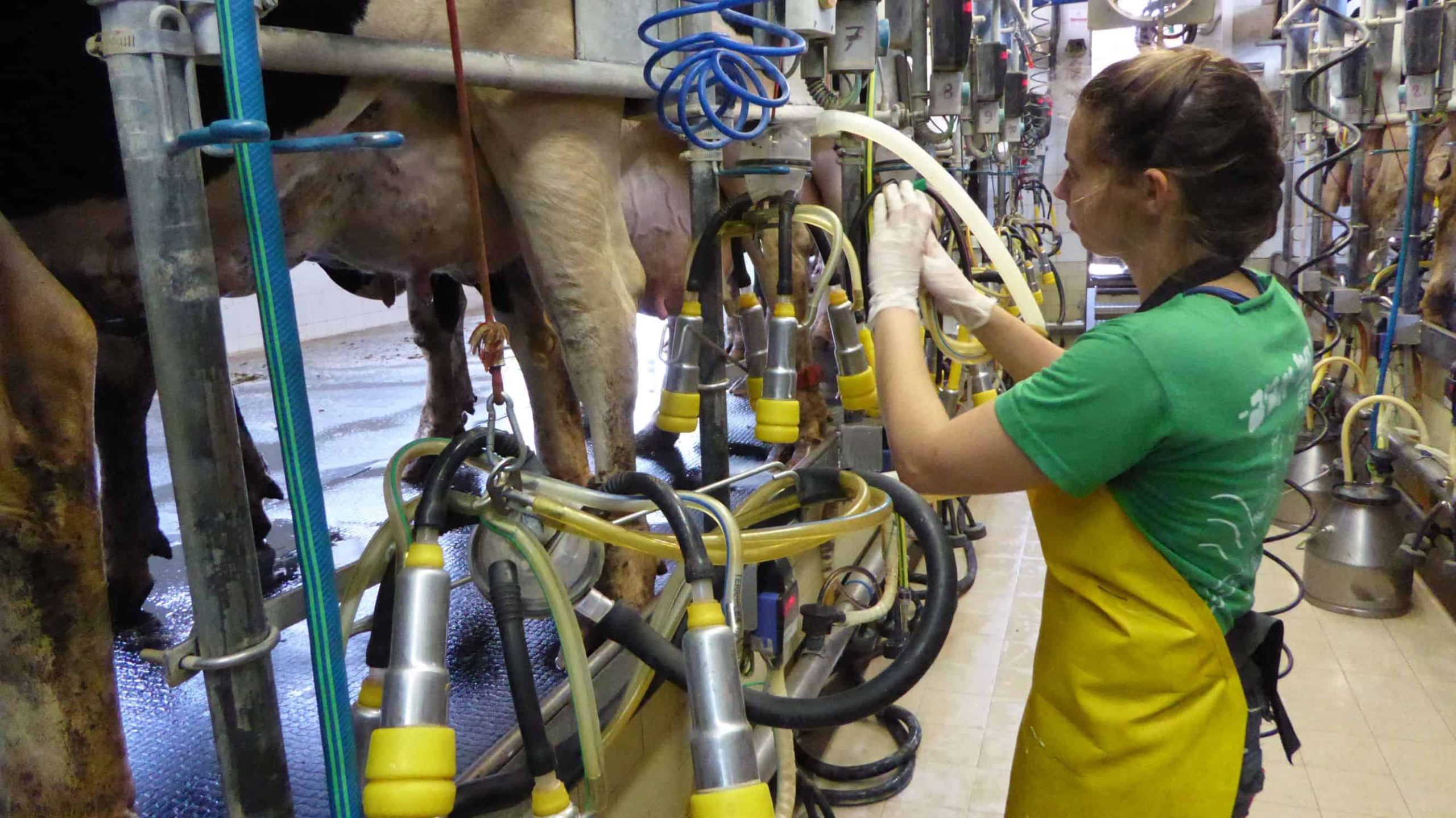